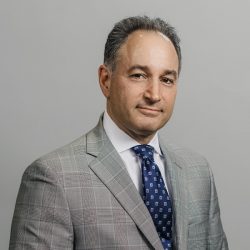 David Khani was appointed Chief Financial Officer in January 2020. He most recently served as Executive Vice President and CFO at CONSOL Energy, a position he held since 2013. In addition, Dave served as a director and CFO of CNX Midstream Partners from September 2014 until January 2018. Dave also served as Vice President of Finance of CONSOL Energy from 2011 until he was named CFO in 2013. Prior to 2011, he spent nearly 20 years covering Energy and Natural Resource companies for several investment banks, the last 13 years at FBR Capital Markets where he led the energy team and research department through volatile markets. Dave earned a bachelor’s degree from Binghamton University and a master’s degree in business administration from the University of Rochester’s Simon Business School. Dave is a Chartered Financial Analyst and member of the CFA Society Pittsburgh.