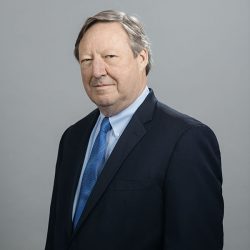 John F. McCartney joined EQT’s Board in July 2019 and currently serves as a member of the Corporate Governance and Public Policy and Corporate Responsibility Committees. He also serves on the Board of Directors of Huron Consulting Group, which he joined in October 2004, and where he is Huron’s Non-executive Chairman. John has been on the Board of Directors of Datatec Limited since 2007 where he is the Chair of the Remuneration Committee. Previously, John served as a member of the Board of Rice Energy from March 2015 until its acquisition by EQT in November 2017. John’s other director positions include the Westcon Group, from August 1998 to September 2017, where he was Chairman from March 2011 until September 2013 and from January 2001 until March 2009. In August 2011, John joined the board of Transco. From May 2009 until February 2015, he was on the Board of Covance.