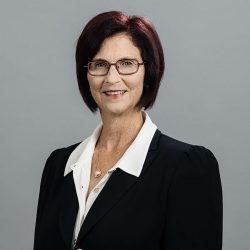 Kathryn Jackson joined EQT’s Board of Directors in July 2019 and currently serves as Chair of the Public Policy and Corporate Responsibility Committee and as a member of the Management Development and Compensation Committee. She has served as the Director of Energy and Technology Consulting for KeySource, a solutions-oriented company that provides strategic business consulting. Prior to that, Kate served as Senior Vice President and Chief Technology Officer (CTO) of RTI International Metals, a leading U.S. producer of titanium mill products, from June 2014 to July 2015. Earlier, she was CTO and Senior Vice President of Research and Technology and previously Vice President of Strategy, Research & Technology at Westinghouse Electric Company. Kate held a variety of executive positions at Tennessee Valley Authority for seventeen years. She has served on the Board of Directors at Portland General Electric since April 2014 and is on the Board of Cameco Corporation since January 2017. Previously, Kate was on the Board of Directors of Rice Energy from April 2017 until its acquisition by EQT in November 2017.